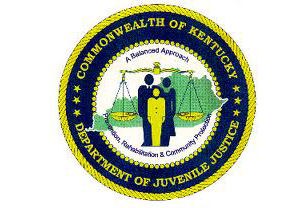 This week, Kentucky’s Department of Juvenile Justice officially announced that it would be suspending its controversial policy of nude “body identification and health inspection” screenings for youth entering the state’s juvenile detention centers.

Last December, the state’s sitting juvenile justice commissioner, J. Ronald Haws, issued a directive that ceased the “visual inspection of youth without clothing” upon entry into one of the state’s eight sites designated as juvenile detention facilities. Haws’ directive came one day after U.S. Senior Judge Karl Forester declared “body ID processing” at Breathitt Regional Juvenile Detention Center unconstitutional in a court document, which pertained to a suit filed by the parents of two Perry County teenagers who underwent nude screenings at the facility in 2009.

Stacy Floden, director of program services for Kentucky’s Department of Juvenile Justice, told Kentucky.com that the screenings were not the same as strip searches.

“The purpose of the body identification/health assessment screening is to screen for, document and treat, if necessary, signs of injury, illness, abuse and/or neglect,” Floden told Kentucky.com. “I think part of this is also to protect us against litigation.”

Joe Childers, the attorney representing the parents of the Perry County teens examined at the Breathitt facility almost three years ago, disagreed.

“This is a visual inspection, but it is a strip search,” he told Kentucky.com. “I was flabbergasted when I heard every juvenile between the ages of 12 and 17 taken into this facility were strip searched at intake.”

The directing attorney of the Hazard trial office of the Kentucky Department of Public Advocacy, Will Collins, said he was “surprised” to learn that juveniles were routinely inspected while nude during intake procedures at the Breathitt detention facility.

“It wouldn’t have crossed my mind that they would have been engaged in such a practice,” Collins said. “I was surprised that this was not a matter that some irate parent or traumatized juvenile had brought to our attention before.”

The initial suit moved from a county court to the U.S. District Court for the Eastern District of Kentucky in 2010. The suit names two Breathitt facility guards, as well as a number of state juvenile justice officials — including former commissioner Haws — as being liable for “damages cause by false imprisonment, invasion of privacy, assault, negligence and recklessness.”