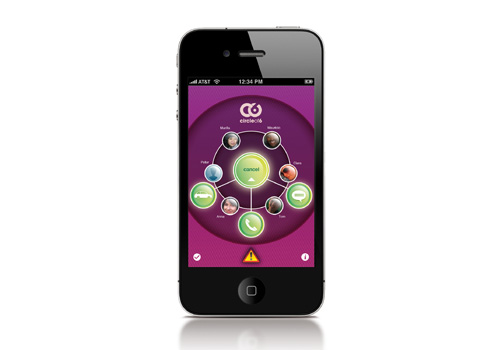 A recently released iPhone app may help teenagers and college students take a stand against sexual violence, according to Nancy Schwatzman founder and executive director of the app’s developer, The Line Campaign, Inc. The app, called Circle of 6, uses GPS and text messaging to alert friends to your location if a date goes bad, or worse.

“It is clear that there is a real need, and excitement about how young people can harness the technology they are already using,” said Schwartzman in a recent press release for the new iPhone app.

More than 19,000 users have downloaded the app since its release last month. Schwartzman said that by the end of the year, she hopes that the application will be downloaded by an additional 10,000 teens and college students.

The Circle of 6 application uses a number of pre-installed short message service (SMS) notifications, which are mapped to six friends or family members on a user’s smartphone. Using the phone’s GPS friends and family can locate the user. Additionally, the app allows users to quickly access national hotlines, as well as immediately notify several pre-programmed contacts that they need advice or someone to call them during the course of a date.

Available as a free download at Apple’s iTunes store, the application was honored last year as the winner of the 2011 White House Apps Against Abuse Technology Challenge.

According to a 2012 Centers for Disease Control fact sheet, almost 1 in 5 women in the United States have been raped at some point in their lifetime, with an estimated quarter of all female students in the nation having experienced an attempted or completed rape at some point during their college tenure.