Youth Villages-Inner Harbour Campus is on 1,200 wooded acres in Douglasville, near Atlanta, Georgia.

Over the past three decades, adolescent development scholars, criminologists and mental health practitioners have achieved a breakthrough – or rather two breakthroughs. They have developed two different approaches to the care and supervision of troubled and delinquent children that consistently work better and cost less than correctional confinement and other commonplace services. 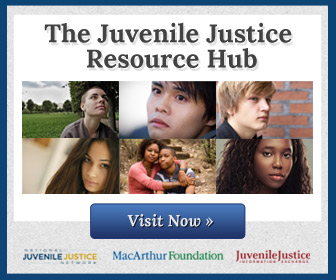 One approach, which involves intensive and highly-regimented family therapy delivered to young people in their own homes, has been rigorously tested in scientific evaluations and repeatedly yielded substantial and statistically significant reductions in recidivism and treatment/confinement costs. The second – known as wraparound – targets youth with serious emotional disturbances, and it assembles a team of caring adults to devise an appropriate mix of community-based services in lieu of placing the child into a residential facility. Numerous studies show that wraparound, too, improves behavioral health and reduces involvement in the justice system – and does so at a fraction of the cost of confinement or residential treatment.

This spring, JJIE interviewed two young men who recently participated in these types of programs, as well as their caregivers and service providers. Following are their stories.

[EDITOR’S NOTE: To protect the privacy of the youth and their families, all names in the story are fictitious.]

Before Termaine came to Youth Villages, a Tennessee-based agency that specializes in serving delinquent and emotionally disturbed youth, his aunt and guardian, Bernice, would get a phone call “almost every day” from his school telling her that Termaine was “flipping desks over, throwing books, yelling, cursing, not paying attention, not being cooperative,” she remembered.

On the day of his most recent arrest, Termaine recalled, “I came to school angry because I didn’t take my medication” for bipolar disorder and schizophrenia. “So I just walked in the classroom … and I decided to hit one of my [fellow] students because I was angry and I was going through a lot at the time.”

As with his previous arrests, Termaine was quickly whisked away and locked up in the Gwinnett Regional Youth Detention Center in Lawrenceville, Ga., repeating what had become a recurring cycle. Though he was sometimes prescribed psychotropic medications such as Ritalin or AMBLIFY, Termaine had never received intensive counseling to address his mental health conditions. No one had ever been assigned to help him or his aunt figure out what was wrong and what could be done to keep Termaine under control and engaged in school.

When he acted up – a frequent and entirely predictable occurrence given his mental health status – Termaine was first detained and then placed on routine probation supervision, only to return to detention a few weeks or months later, the next time he got off his medications and/or suffered a triggering event.

This time, Termaine was given a choice: remain in detention, or enroll in an entirely different kind of program operated by Youth Villages, which employed an intensive family-focused counseling and treatment program. After choosing Youth Villages, Termaine spent four months at the agency’s residential campus in Douglasville, Ga., west of Atlanta, then went home to begin working with one of the Youth Village’s specially trained family counselors.

Youth Village counselors are trained to reach out and engage young people and their families.
At first he wasn’t thrilled, Termaine said. “I wanted to be home and to spend time with my family. I didn’t feel like going to no program,” he said. When he first met with a counselor, “I felt uncomfortable because I was told that I had to share my feelings and tell them exactly about my life and what I’ve been through.”

Unlike conventional psychotherapists who wait for patients to show up for office visits, however, the Youth Village counselors are trained to reach out and engage young people and their families, and to form a therapeutic alliance.

“These are not necessarily mandated services. The family has a right to refuse,” said Kate Cantrell, who directs Youth Villages’ programs in Georgia and Alabama. “It’s our job to help them see the benefit of participating in the program, and we really work to partner with the families to help them achieve their goals.” Once the therapy begins, Cantrell added, “We spend a lot of time trying to figure out what is driving a youth’s negative behaviors.” Specialists draw up treatment plans for their cases every week, and they develop safety plans patterned around high-risk behaviors like aggressiveness, running away or any suicidal thoughts.

Over time, Termaine and his aunt came to embrace the program. They met with Leenessa Landor, a Youth Villages Intervention Specialist, roughly three times a week, usually at home or Termaine’s school, and frequently focused on helping Termaine control his verbal and physical aggression, and to improve his attendance and behavior at school.

“Naturally, when you’re coming into someone’s home, on a consistent basis like that, there’s always questions,” Landor said. “But the family was very receptive.” Landor also connected Termaine with a new psychologist to manage his medications, and they conducted new psychosocial and sexual health assessments, after which Termaine’s earlier schizophrenia diagnosis was discarded.

During the treatment, Termaine’s behavior improved steadily. He hasn’t been arrested since the fall of 2011. He stopped skipping school and was soon able to transfer out of an alternative school for special-education students and into a regular high school. Termaine is on track to earn his high school diploma in 2014.

Termaine, who wants to major in criminal justice in college and become a police officer, said that without the Youth Villages program, “I would’ve been incarcerated. There wouldn’t have been no change in my behavior. I would have kept on fighting. I would have kept on not listening. I would’ve kept on doing bad in school. And I definitely wouldn’t have been on track to graduate like I am now.”

“He’s gotten past that hump,” added Termaine’s aunt. “That mountain, I should say.”

Second Time’s a Charm For Elijah in Wraparound

“One of them would say it’s ADHD, one would say that he’s bipolar, it was just kind of up and down, it was like a rollercoaster. … He was just a number in the system, they just herded him through.”
Elijah C. has benefited from “wraparound” care offered by Lookout Mountain Care Management Organization, which puts together a team of parents, teachers, coaches and others engaged in a youth’s life to help control their behavior problems and get them on the right track.

Elijah’s father said his son’s behavioral problems have been severe since the second or third grade. He was prone to outbursts at elementary school, after which he would frequently flee the school and run out dangerously into the street, jumping in front of cars. “They had to restrain him, hold him down,” his father recalled.


Check out our Juvenile Justice Resource Hub for even more information about mental health and substance use disorders, including:

Elijah was seen by local mental health specialists, but “we didn’t have real good results,” his father recalled. “One of them would say it’s ADHD, one would say that he’s bipolar, it was just kind of up and down, it was like a rollercoaster. … He was just a number in the system, they just herded him through.”

Meanwhile, Elijah’s behavior problems escalated, and he continued to have frequent confrontations with authority figures at school, after which he often bolted and disappeared. He was also kicked out of after school programs.

This inattention to Elijah’s mental health needs finally changed in 2010, when the family was first referred to Lookout Mountain’s wraparound program by child welfare authorities, following an incident in which his father lost his temper and beat Elijah with a hickory stick, leaving strike marks on his leg.

“[Elijah’s father] accepted the services,” recalled Monty Davis, the Lookout Mountain Care Coordinator who worked with the family. “We come out and do an initial face-to-face, we explain to him what we’re about, and what wraparound is, and we proceed with what we call a plan of care, which includes needs, outcomes, strategies that help the youth and the family remain in the community.”

Getting to know Lookout Specialists was kind of fun and interesting, Elijah’s father recalled. “They become a part of the family,” he said. “There was a couple of times they came in, and they brought little things for Elijah, and we invited them to come out to our house and eat dinner,” he said. “We just become friends, and I told them ‘this means a lot.’ They can come out anytime they want, I don’t care what time it is.”

Both father and son received training in anger management, which included simple techniques such as counting to 10 when something upsetting occurs. At first, “We both thought it was stupid,” said Elijah’s father. They also met with a counselor weekly, where they focused on sociability. “I ain’t one to be out in public,” Elijah’s father said. To overcome the family’s isolation, Lookout Mountain began providing meal tickets for the family, so they could go out to dinner occasionally. “They done a lot,” he said. “We still go out quite a bit, sometimes.”

“I’m telling you, he’s come a long way in his behaviors,” said Monte Davis, Elijah’s Lookout Mountain care coordinator.
Although Elijah made progress in wraparound, he was arrested and detained for fighting in the spring of 2011. After that, Elijah’s behavior improved for several months, but once again spiraled out of control in the fall of 2011 when he was arrested, detained, and placed into a residential treatment facility. Elijah didn’t take to the facility, got into an altercation and fled. After he was caught, detained, and sent to a second facility, Elijah again had a blow-up and ran. This time Elijah, who had turned 17, was sent to the county jail.

In November 2012, after 80 days, Elijah was transferred back to the juvenile court system and placed in custody of the Department of Juvenile Justice. That’s when Elijah’s probation/parole officer, Wade Thomison, offered Elijah and his family the chance to re-enroll in wraparound.

Ever since, Elijah and his family have been thriving. Elijah began taking classes toward his GED in May. Although Elijah doesn’t know what career he wants to pursue, he said he’s interested in mechanics.

“I’m telling you, he’s come a long way in his behaviors,” said Monte Davis, Elijah’s Lookout Mountain care coordinator. “He used to be so hyper you couldn’t control him.”

“He’s kind of matured a little bit,” his father said. “He’s kind of figured out, ‘Hey, my freedom can be [taken] at any time.’ And he’s learned to control himself better.”

Recently, when the two were working on a car together, putting in a transmission, his father suggested that Elijah move his fingers, which were in a dangerous spot. “He got really mad,” Elijah’s father recalled. “You could see it on him.” But Elijah controlled his anger and said, “All right, dad, my fingers are in a bad position, and I’m sorry. Now what can I do?’”

“A year ago, he wouldn’t have done that,” his father said. “He would’ve took off to the house and left me.”