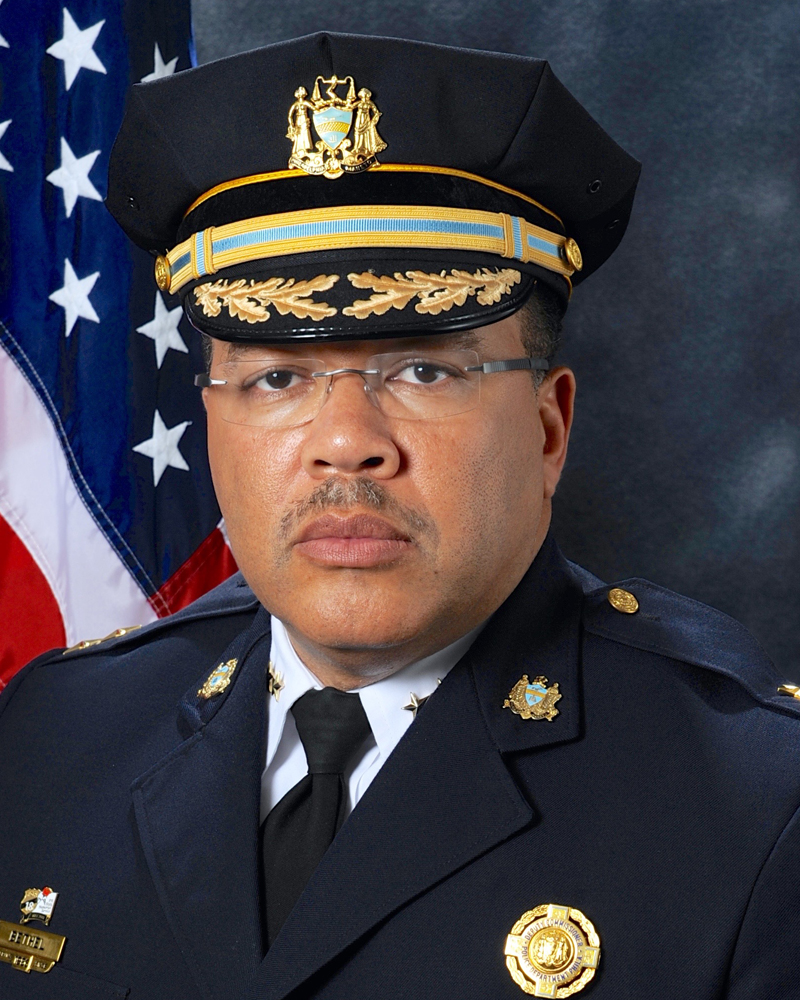 Putting oneself out of business is generally not sound career advice.

But that’s exactly what Kevin Bethel, the deputy commissioner of the Philadelphia Police Department, said he hopes to do through the department’s school diversion program, which offers alternatives to arrest for students who commit low-level offenses such as fighting or marijuana possession.

Beginning in January, he will continue that work as the first Diana A. Millner Youth Justice Fellow at the Stoneleigh Foundation, an organization aimed at improving the lives of vulnerable youth.

“You can really turn your juvenile justice system around,” Bethel said in an interview. “It’s really been one of the most profound things I’ve done in my career.”

The program, in place at more than 200 Philadelphia schools since 2014, is an alternative to the zero tolerance approach to school safety that has resulted in more arrests but not a decrease in behavioral incidents. The one-strike policy has been shown to push students — especially black and Latino students — into the school-to-prison pipeline.

Under the Philadelphia program, students who get in trouble for the first time are given access to social services and counseling in an attempt to address underlying issues that could be affecting their behavior. A social worker meets with the student and their parents or caregivers at least twice a month for up to a year to offer continuing support.

In its first year, the program resulted in a 54 percent drop in arrests and 1,051 fewer behavioral incidents in 214 schools. This school year, arrests are down 60 percent, Bethel said. A little over 650 students have been diverted into programming so far.

“Generally speaking, diversion programs are more cost-effective and produce better outcomes for youth than incarceration,” said Naomi Smoot, a senior policy associate at the Coalition for Juvenile Justice. “So we are pleased anytime we can keep kids out of the system, especially for low-level behaviors, such as the ones that are being diverted by this program.”

During his three-year fellowship, Bethel said, he wants to work on educating school staff and students within the program. He plans to hold workshops and assemblies for students to teach them about the long-term consequences of being in the system and ways to avoid it.

His hope is to prevent kids from requiring diversion in the first place.

“I don’t get any pleasure out of diverting a 10-year-old child,” he said.

He also hopes to expand the program beyond schools to include first-time youth offenders who have committed theft.

Ronnie Bloom, executive director of the Stoneleigh Foundation, said the program works because it involves police officers who are trained to understand kids’ behavior and school policies that determine whether individual incidents should be handled by law enforcement or the school.

“If you can kind of cut through some of these assumptions about what people’s roles are, that’s what ends up working,” she said.

Officers in the schools are trained on mediation, de-escalation and adolescent development, Bethel said. They do not get involved in code of conduct offenses such as being out of uniform or having a cellphone in class — those issues are handled internally by the school.

Bethel said the policy is intended to prevent incidents between law enforcement officers and students like the one recently at a school in South Carolina, where a police officer threw a girl to the ground over her cellphone use.

“If you don’t know how to de-escalate … then the only thing you’re going to rely on is your training,” Bethel said. That means giving orders and resorting to physical force if those orders aren’t obeyed.

The program also works, Bloom said, because Bethel has been able to build strong partnerships with agencies and entities in Philadelphia, including the school district and the child welfare system, that make the program strong and sustainable.

“He’s an unusually gifted person in terms of being able to draw people in and excite people about the idea,” she said.

Bethel, who described himself as a “people person,” chalks up that success to his nearly 29 years in law enforcement in Philadelphia, where he has “grown up” with his collaborators from other agencies.

From the beginning, Bethel knew the program wouldn’t work with one person dictating how things would go.

“Things built from the ground up have a much better foundation and greater buy-in,” he said.

Bloom said that by the end of Bethel’s three-year fellowship, she hopes to see the program replicated not only elsewhere in Pennsylvania, but at the national level, too, with federal funding available to incentivize schools and police departments to get involved.

Bethel said that if a city the size of Philadelphia can do it, any place can.

Virginia Tops Nation in Sending Students to Cops, Courts: Where Does Your State Rank?

OP-ED: We All Have Responsibility to End Institutionalized Racism In Juvenile Justice Systems