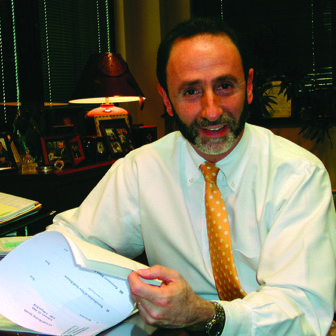 Earlier this year, we urged the Trump administration to continue federal investments in juvenile justice. In the last three decades, the field has benefited greatly from federal support of research, innovative programming and evidence-based approaches designed to improve outcomes for youth, families and communities.

After co-hosting a national conference in April that explored how research is shaping youth policy and practice across the U.S., we are convinced more than ever that the wisest course of action is to maintain and expand these investments.

At the LEAD Conference, which the Center for Juvenile Justice Reform hosted in partnership with the McCourt School of Public Policy at Georgetown University, more than 40 expert presenters and 300 attendees gathered to discuss the latest developments in juvenile justice, child welfare, education, behavioral health, and youth and family engagement. The event featured nationally renowned researchers, policymakers and practitioners who are leading creative and effective efforts to improve the lives of youth.

Over the course of this dialogue, several major areas emerged where advancements are beginning to pick up speed and should be supported federally, as well as at the state, county and local levels.

Perhaps the most recent advancement with widespread implications for practice in the youth-serving field is the awareness of just how many youth are impacted by trauma. In the session “Advances in Trauma-Informed Approaches Across Systems of Care,” Keith Cruise, associate professor of psychology at Fordham University, shared that approximately 90 percent of detained youth have a history of exposure to at least one potentially traumatic event and as many as 50 percent in juvenile delinquent samples experience post-traumatic stress disorder. Statistics for youth entering the child welfare system are similarly high, with one national study finding that nearly half of youth with completed child welfare investigations had clinically significant emotional or behavioral problems.

Because youth who have experienced trauma are at a higher risk for a multitude of negative outcomes, we now know that in order to serve the majority of youth in these systems effectively, trauma-informed approaches must begin shaping all aspects of care. Jurisdictions around the U.S. have begun to increasingly focus on trauma through enhanced training and practices, utilizing frameworks such as the National Child Traumatic Stress Network’s Essential Elements of a Trauma-Informed Juvenile Justice System.

Rita Cameron Wedding, chair and professor of women’s studies at Sacramento State University, argued that the discovery of implicit bias has fundamentally changed conversations and practices across the U.S. about race over the past 50 years. Now that neuroscience research has documented how the brain makes implicit associations along lines of race, gender, class and other lines, we are better able to explain the mechanisms that drive the racial disparities present in all of our youth-serving systems.

We know, for example, that bidirectional associations in the brain have a tendency to link black faces with crime and crime with black faces, which impacts people’s decision-making tendencies across each level of each system. These same tendencies surface in decision-making in our child welfare, education and behavioral health systems.

The result of this implicit bias is that children of color experience the juvenile justice, child welfare, education and behavioral health systems in a fundamentally different way than their white counterparts. In the juvenile justice system, youth of color are overrepresented at every stage from their first point of contact. In the child welfare system, they are overrepresented in removals from their homes and placement in group homes. Research shows young people who are not experiencing a system as fair or equitable are less likely to be open to engaging with it, and less likely to navigate it successfully, making them more likely to recidivate.

Fortunately, in recent years there has been a concerted effort to examine how to treat and make decisions involving system-involved youth in a fairer and more equitable manner. At the conference, Mark Soler, executive director of the Center for Children’s Law and Policy, spoke about the training and technical assistance his organization and others offer to help agencies use data and screening tools to better match services to children’s needs, thereby reducing the role of implicit bias in assessing a child’s risk factors and needed supports.

This approach has helped areas such as Berks County, Pennsylvania, close an entire juvenile detention facility and save $9 million per year in detention and residential incarceration expenses. Several jurisdictions across the country now serve as examples and supports for others seeking to reduce the racial and ethnic disparities in their systems.

A robust body of research on youth development is informing the way to best support transition-aged youth. As a growing number of jurisdictions consider raise the age laws and initiatives, youth-serving agencies and their partners around the nation are working to adequately position the older youth population for success. This includes ensuring that youth are connected to pro-social adults and supports in order to help them achieve permanency and self-sufficiency. In the “Advances in Child Welfare” session, Lorrie Lutz, chief strategy officer of Fedcap, highlighted the possibilities in this area by describing the training, mentoring and relationship-building work Fedcap is engaged in, designed to support the building of individual capacity and sustained relationships for transition-aged youth.

As we seek to enhance services for this population, it becomes increasingly important for young adults to be treated as active partners in the decisions that impact their well-being. This process involves tackling implicit biases held against system-involved youth. At the conference, Emmie Hinkle, an independent living program life skills coach at New Avenues for Youth, described how people sometimes treat her with less respect once they find out she is a former foster youth. She spoke about the importance of respecting youth as experts of their own circumstances who should play a meaningful role in decision-making about placement and services.

Since the release of the Council of State Governments Justice Center’s “Breaking Schools’ Rules” report in 2011, there has been a national focus on moving away from the harsh school discipline practices that have tremendously harmful impacts on youth. While suspensions and expulsions are intended to reduce misbehavior in schools, a large body of research has demonstrated that negative effects of suspensions and expulsions outweigh the benefits, both for youth subject to the punishment and for other children at the school.

Russell Skiba, director of The Equity Project at Indiana University, presented research showing that suspensions in late elementary school actually make students more likely to be suspended in middle school, indicating that this form of discipline leads to increased levels of misbehavior in the future rather than less. Suspensions also serve to lower achievement, both for suspended and nonsuspended students, while making students feel that their schools are less safe.

Several districts have proactively addressed the overuse of school discipline, including Superintendent Paul Cruz of the Austin Independent School District. He spoke about his team’s efforts to curb suspensions and the Austin school board’s decision earlier this year to ban suspensions for students in pre-kindergarten through second grade.

Addressing trauma, reducing racial and ethnic disparities, supporting transition-aged youth and stemming the school-to-prison pipeline reflect a sample of issues that the youth-serving field is in the midst of tackling — all with the aim of achieving positive youth outcomes, maximizing the use of resources and increasing public safety.

While progress in these areas has been remarkable, there is more work to be done. The research, policies and practices in these areas and others highlighted at the LEAD Conference speak to the fact that now is the time to double down on supporting these efforts through investments in research, training, and effective programming and approaches.

Shay Bilchik is research professor at the McCourt School of Public Policy at Georgetown University and director of the Center for Juvenile Justice Reform.

Michael Umpierre is a faculty member at the  McCourt School of Public Policy at Georgetown University and senior research fellow at the Center for Juvenile Justice Reform.

Rachael Ward is a master’s in public policy candidate at Georgetown University and research assistant at the Center for Juvenile Justice Reform.