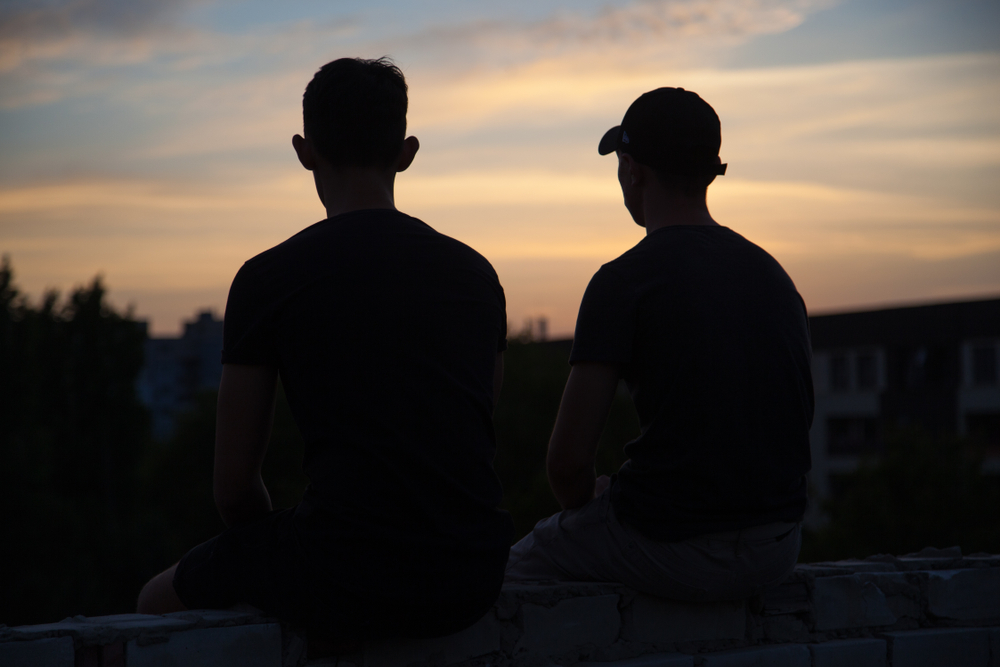 Concentrated gun violence results in lost population and economic power, increases trauma throughout communities and depresses school outcomes among students exposed to violence. Interventions deliberately designed to empower youth who are frequently exposed to community trauma are an important tool to break the cycle of violence that repeats far too frequently.

According to the Chicago Police Department, from 2015 through 2019, 278 children and youth were murdered in Chicago — usually through gun violence. While Chicago has a population of about 2.7 million people, gun violence is concentrated in a handful of Chicago’s 77 community areas — primarily on the South and West sides. The residents of the neighborhoods with elevated levels of violence also experience concentrated poverty, limited economic opportunities and lowered health outcomes.

Four out of five murders in Chicago occur outdoors. Exposure to violence in the community is traumatic and can cause toxic stress, not only to people directly impacted, but also by peers and other residents. As the Violence Policy Center reported in 2017, exposure to community violence is correlated with “altered neural development and impaired learning as well as influencing the way people interact with their world.”

This is not just a Chicago problem. “Homicide is the leading cause of death for Black youth aged 10 to 24 in the United States,” a 2016 study found. This high rate of homicide translates into shared trauma across a generation of youth in impacted communities. The study of black men in Baltimore aged 18 to 24 found that participants averaged experiencing “three homicide deaths of loved ones — chiefly male peers.”

Both the experience and constant threat of violence suffered by youth in impacted communities show up as compromises in cognitive functions, academic performance and emotional responses. Research demonstrates that exposure to violence is related to negative health consequences and stress symptoms such as hyperarousal, depression and difficulty concentrating. A 2012 study examining how community violence impacts children and adolescents found that bringing the heavy weight of living with trauma into their schools creates “the potential to disrupt individual learning and classroom climate.”

Ultimately, the route to decreasing the trauma of exposure to violence is through reducing violence. In the meantime, lowering traumatic stress and addressing the mental health needs of impacted youth needs to be high priority.

The development of a program in Chicago intended to address those challenges, called Choose to Change, demonstrates the power of intentional effort, robust evaluation and cross-cutting commitment by nonprofit providers, academic institutions, philanthropy and government.

In 2015, Chicago area nonprofits Children’s Home & Aid and Youth Advocate Programs (YAP) proposed a joint intervention in response to the Chicago Design Competition: Reducing Youth Violence launched by the University of Chicago Crime and Education labs. It was supported by the anti-violence initiative, Get IN Chicago, itself supported by business and philanthropy.

The proposal combined intensive mentoring and wraparound services with cognitive behavioral therapy (CBT) for youth ages 13 to 18 who are at an elevated risk of disengaging from school and participating in or being a victim of violence. The proposal won the competition, selected from more than 200 applicants.

Choose to Change is a six-month program that youth are referred to by community partners and schools. Youth are either involved in the juvenile justice system or have chronically disengaged from school. The referral criteria include:

Youth are paired with an advocate from YAP who engages them in pro-social activities and wraparound services. Advocates often come from the very same neighborhoods the youth live in and have confronted many of the same challenges. Before any CBT services are offered, the advocate spends time developing a strong personal relationship with the youth, which is fundamental to building trust.

Youth typically spend eight hours a week with their advocate in one-on-one and group activities that range from playing sports to visiting new places in Chicago. The advocate provides wraparound support, from meeting basic necessities, such as obtaining a state ID, to motivation and direction on life goals. Advocates play a vital role in helping youth reconnect with school to achieve success in the classroom and help identify and cultivate key positive family relationships.

Advocates also take the youth to almost weekly trauma-informed CBT sessions led by clinically trained therapists from Children’s Home & Aid. These sessions, based on the SPARCS (Structured Psychotherapy for Adolescents Responding to Chronic Stress) model, aim to help young people regulate their emotions and understand how past traumatic experiences can impact current decision-making.

SPARCS is designed specifically for youth who live with trauma and continue to experience high levels of environmental stressors, such as neighborhood violence or concentrated poverty. Therapists stress how “emotional leftovers” from bad experiences can make youth more willing to engage in short-term coping strategies that can ultimately lead to worse outcomes.

Through exercises and conversation, youth learn to better regulate their emotions, engage in helpful coping mechanisms and build problem-solving and communication skills. Advocates encourage active participation and highlight these lessons through the week. By reinforcing SPARCS skills in real life, advocates facilitate “learning by doing” and create opportunities for youth to develop new beneficial habits. Although the program ends after six months, the advocate-youth relationship typically does not as advocates continue to check in with youth months, and even years, later.

The proposal was awarded a $1 million grant by private philanthropy, including Get IN Chicago and the MacArthur Foundation, to scale up and rigorously evaluate the intervention. The intervention was then awarded an additional $1 million for a subsequent year of programming.

In 2017, professional sports teams the Chicago Bears, Blackhawks, Bulls, Cubs and White Sox joined to form the Chicago Sports Alliance to fund violence reduction efforts in the city, including Choose to Change. The Sports Alliance and the Robert R. McCormick Foundation committed additional funding in 2018.

In May 2018, after site visits and staff meetings with program providers, evaluators and funders, then-Mayor Rahm Emanuel announced the first public funding commitment to Choose to Change. The additional funding allowed the program to expand to the city’s West Side. The city’s investment generated additional private support, including a grant from the Pritzker Pucker Family Foundation. More funding was later included in the city’s 2019 budget.

Since 2015, Choose to Change has served over 600 youth. University of Chicago’s Crime Lab is in the midst of evaluating Choose to Change using a large-scale randomized controlled trial. Eligible youth in the Greater Englewood area were randomly selected to either be in the control group or offered participation in the program. Researchers then followed these two groups over time to help determine any differences in outcomes between these two groups of young people. In that way, divergences could be attributed to receiving the Choose to Change program and not any outside factors or personal characteristics.

The preliminary results of the evaluation demonstrate that trauma-informed CBT, when coupled with mentoring and wraparound supports, can effectively engage and support young people to reduce violence and justice system involvement while also increasing school engagement. Significantly, Choose to Change program youth had 48% fewer violent-crime arrests than their comparison peers. One and a half years after program participation ended, program youth still showed 38% fewer violent-crime arrests than their comparison peers. Notably, the positive effects remained two to three years after program completion.

As the evidence supporting the efficacy of the program has come in, investments by businesses, philanthropy and local government have increased. Investing in programs that help break the cycle of violence and improve the lives of youth impacted by trauma needs to be a primary goal of leaders in the government, private and philanthropic sectors. Everyone wins when innovative interventions that make sustained impacts are supported.

Walter Katz served as deputy chief of staff for public safety in the administration of Mayor Rahm Emanuel from 2017 to 2019. He joined the Board of Trustees of Children’s Home & Aid in 2019.