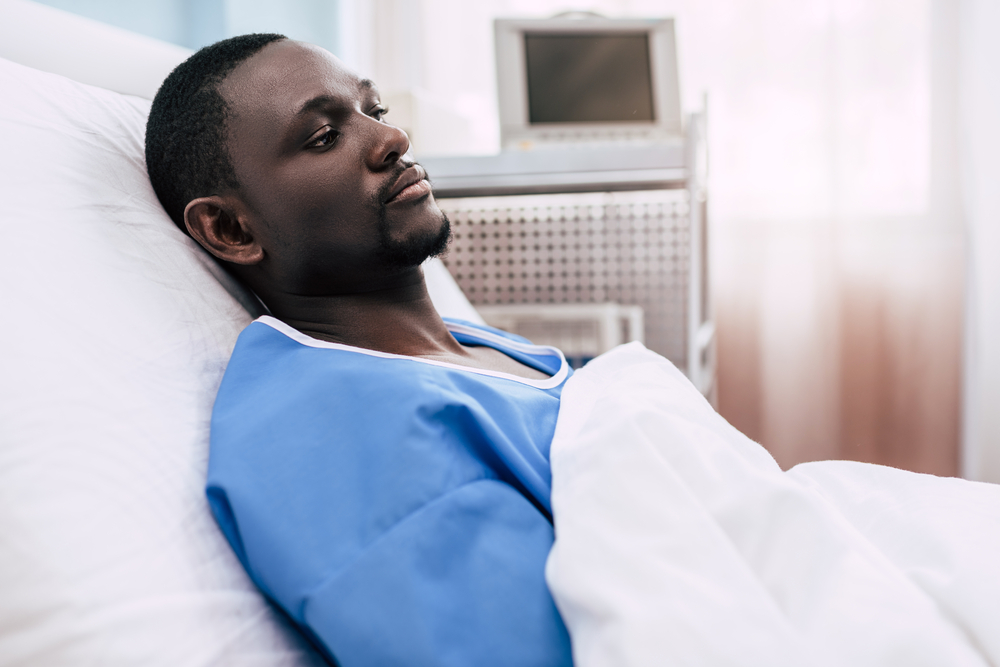 The questionnaire was administered by the Violence Intervention Program, a hospital-based research program at the University of Maryland R Adams Cowley Shock Trauma Center. Their goal was to understand the risk factors that bring young black men back to the hospital multiple times with a violent injury — what is sometimes referred to as “trauma recidivism.”

The questionnaire included questions such as: Did you know the person who injured you? Were you under the influence at the time you were injured? Was disrespect a factor that led to your injury? Do you have a previous history of criminal justice involvement? Do you carry a weapon? We found several startling statistics among the 191 black men who completed the questionnaire.

The study identified other significant risk factors, including: the individual was under the influence of alcohol or drugs at the time of his injury; disrespect, also known as the code of the street; the individual had carried and threatened another person with a weapon in the past year.

When these risk factors combine, black men living in Baltimore have a higher probability of returning to the hospital for violent injury, or perishing by homicide. However, the risk factor that had the greatest effect in determining repeat violent injury was a history of incarceration.

When taking into account the impact of mass incarceration on poor black communities, families and individuals across the U.S., I was not shocked that a history of incarceration was the most significant risk factor for trauma recidivism. The U.S. currently incarcerates more people than any other nation in the world.

Although the U.S. has 5% of the world’s population, a startling 25% of all persons incarcerated globally, are incarcerated in the U.S. It currently has 2.2 million of its citizens behind bars in jails and prisons. Furthermore, 4.5 million Americans are currently under community supervision, meaning under probation or parole.

Maryland has the highest rate of incarceration for black men in the nation, specifically young black men ages 18-25, according to a 2019 report published by the Justice Policy Institute. Although the national rate of incarceration for black men is approximately 32%, the rate in Maryland is more than double that at 70%. That’s higher than the rates in Mississippi, Georgia and South Carolina.

The Justice Policy Institute’s report may partially explain why almost 90% of the sample in our Baltimore study had a history of incarceration of six months or more. Baltimore is Maryland’s most populous city, and is 64% black. Maryland’s most populous county, Prince George’s County, is also 64% black. The collateral consequences of mass incarceration and felony disenfranchisement disproportionately impact young black men living in these regions of the state.

Recent research illuminates the collateral consequences of felony disenfranchisement in Maryland. The Judge Alexander Williams Center for Education, Justice and Ethics, a research and policy center at the University of Maryland, College Park, found that there were 1,013 collateral consequences formalized by state law. These include barriers to acquiring occupational licenses, employment and entrepreneurship.

Collateral consequences of a felony conviction have deleterious effects on vulnerable young men as they transition into adulthood. Marked by a scarlet letter, they begin their adult lives legally disenfranchised from employment opportunities, housing and education. These consequences are not temporary — they impact the social mobility of young people for the rest of their lives.

For many, the only viable alternative for survival is the underground economy. Illegal drug markets offer one of the few economic opportunities to generate an income. However, the reality of selling drugs comes with a cost: It raises the probability of repeat victimization and repeat arrest.

Carrying a firearm is imperative when engaging in the illegal economy of the inner city. It is impossible to sell drugs and not possess a firearm. The stereotypical narrative is that young black men are prone to violence and take pride in gaining respect and credibility through gun violence.

However, what I have found in my studies is that most young men, if provided an alternative, would prefer not to sell drugs nor carry a gun. Take Red, for example, a 20-year-old man who was recently accepted to community college. I met him after he was shot and became a participant in a hospital-based violence intervention program I directed. He said: “I don’t carry a gun because I want to hurt someone, I carry it ’cause I’m on defense.”

When I put this metaphor into context, his analogy is quite similar to defensive driving. We are taught to be concerned and prepared to navigate the recklessness and irresponsible driving of those around us. Although we may trust our driving skills, we are indoctrinated into not trusting how people drive around us, because many people violate the rules of the road. How we respond defensively in our driving can be the difference between life and death.

While statistically empirical studies have shown that carrying a firearm raises the likelihood of harm, these findings do not translate well into the routine lived experiences of young men navigating their social context. In many neighborhoods, everyone has a gun and is a potential threat.

Thus, a pervasive sense of distrust affects every aspect of the lives of these young men, and their relationships with peers, family members, neighbors and the criminal justice and health care systems. Trust is a fleeting principle, where many live by the mantra “trust no one.” Researchers like myself often see guns as a vector that transmits violence as a disease to another host. To these young men, symbolically, the gun reflects distrust in society.

This distrust also erodes the informal laws and sanctions that govern interpersonal violence, conceptualized by urban sociologist Elijah Anderson as “the code of the streets.” Without this code, gun violence becomes random and unpredictable. It is difficult to determine why, when or where it will happen. This results in symptoms of traumatic stress, particularly hypervigilance and arousal, the feeling that anything can happen at any given time.

The gun provides a false sense of security. This is no different than the recent nationwide spike in gun sales as the result of the COVID-19 pandemic. Americans believe a gun will save them from the unknown in a time that appears to be apocalyptic. They are no different than Red. They are on defense.

However, a major difference is that the majority of those gun purchasers do not have a felony. If they did, they could not legally purchase a gun. Furthermore, Red was confronting real threats of harm. In stark contrast, the threats others face are only perceived, and most are unfounded and unwarranted.

Red had been shot and hospitalized once before. He saw many of his friends shot, some of whom died. Red was on probation, colloquially called “on papers” — he was one of 4.5 million people in the U.S. under mass probation. His neighborhood was hyperpoliced by gun crime units where young men were socialized to lift up their shirts to show law enforcement they were not carrying a gun before being asked.

In my last interview with Red, two months before he was killed, he spoke extensively about the challenges of getting a job with a felony record. How punishing a 20-year-old kid for the rest of his life for a nonviolent offense was criminal. Ultimately, the collateral consequences of the felony entrapped him in a lifetime of living behind invisible bars.

I attended Red’s funeral, placed my hand on his young slender 20-year-old frame as he lay lifeless in the casket. As I stood there numb, his last words kept replaying in my head, “I’m on defense.”

Joseph B. Richardson Jr. is the Joel and Kim Feller professor of African-American studies and

anthropology at the University of Maryland, College Park. His research focuses on gun violence and incarceration as social determinants of health for black men.