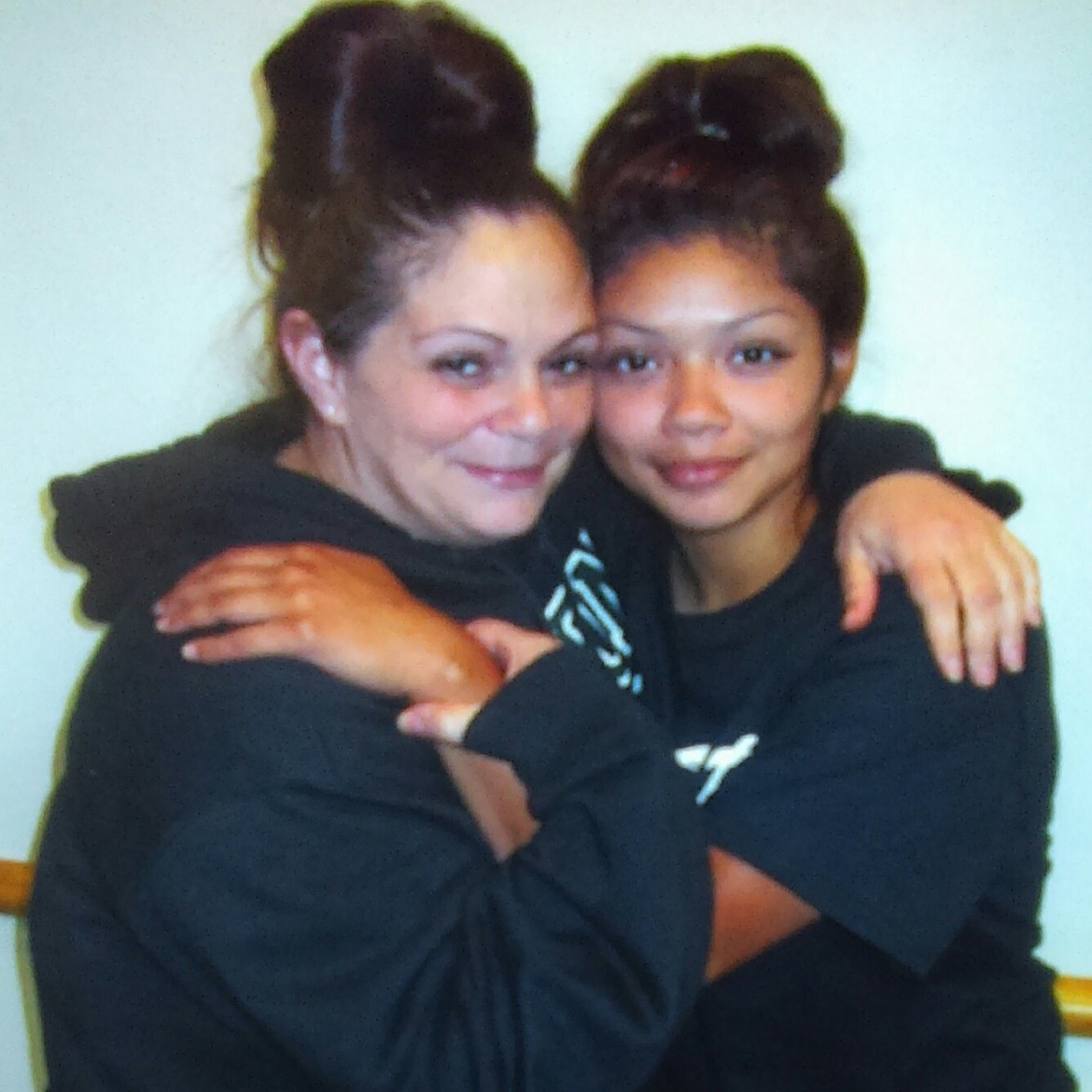 I know it’s been a while since I said I’d send my story to The Beat Within, but it’s just such a difficult situation. I don’t even know where to begin. I’m so lost for words, my thoughts of sanity sometimes even leave me.

I just want my daughter home. Why can’t she be home? I miss her so much! I STILL cry myself to sleep at night.

She was arrested Jan. 13, 2012; she was 15 years old. Some detectives came to our home and asked if they could speak to her about a case they were investigating. She went out the door.

I have no idea why I didn’t think anything about it. Two minutes later they knocked at my door saying they took her downtown that that was their procedure.

I said, “If I knew that, and you knew that before you took her. You should have told me that in the beginning!” I said way more but I won’t go there. I was mad!

She was gone for hours! I told them they should not have taken a minor without a parent, guardian or attorney consent. I remember also saying, “Do not ask her a damn thing, ‘til I get one [a lawyer]! They still interrogated her, close to 11 hours.

She’s now been away about five years. I was and am still completely devastated! Lost! Just like that missing puzzle piece, the one you never find. I miss her so much! I can’t even explain the things that go through my mind. We have lost out on so much!

Whenever I see old pictures. One of her alleged old friends, A young 15-year-old girl. A mother and daughter together. Family gatherings, well when those do happen, I just don’t understand why so much has been taken away!?

I lost my daughter’s father when I was six months pregnant, still a cold case 20 years later. My daughter’s father was murdered. He was shot several times in the back. There were many people there to witness it but NO ONE CAME FORWARD TO SPEAK UP! And now my lil one, in DOC (Department of Corrections) custody at the age of 15 was sentenced to 15 years.

I don’t know how to describe how painful it is to lose a child to the criminal justice system. I often wake up looking for her, and then realize she’s not coming home.

I gave up on so much. Work, cooking, life … I hid in the house unless it was time to see her. Even counseling like you wouldn’t believe. I even gave up on that. I cried 24/7. I miss her so much!

Given the circumstances, I had to move for safety. Out of retaliation. Even then I got angry and refused to give in! It’s like they knew when I was alone. They pounded on my door so hard I could see the door coming off the hinges. I grabbed two butcher knives and waited. I heard someone yell out. And I just cried and fell to my knees. I can’t call the police. I don’t expect anyone to fully understand that. That’s why I couldn’t get help.

They came several times. I went to someone who knows someone, and for some reason it stopped.

So without trying to go into much detail. My daughter had two alleged co-defendants that brutally shot and beat another gang member. (My daughter wasn’t in a gang, but she knew so many gang-affiliated people. It’s like everyone in her school, the people across the street, next door or her friends’ parents were affiliated.)

They took his life. It hurts so much! I feel for the young man. I pray for him every day. I never told anyone this, but for nine months I went by the place he passed and begged and prayed and just repeatedly said, I’m sorry — I’m sorry — I’m sorry. People probably thought I was nuts, but I don’t care. I feel for his mother, his father. His family! RIP JM.

I still can hear the rattling of the chains as she walked down the hollow hallway and into the courtroom. This tiny little 15-year-old. It will haunt me forever.

I remember on sentencing day, I sat on a cold hard bench. Next to me was a family friend. My other daughter, one of my sons. My ex-daughter-in-law, and one of my daughter’s friends, but I think she just came to be nosy. The courthouse door opened and I could hear the now familiar yet painful chains rattling down a hollow hallway (that will forever haunt me).

As my daughter passed through the doorway shackled like an animal, I broke down. This little 100-pound, 5-foot, beautiful little (now) 16-year-old. I can’t believe this! Why! I screamed inside my head so loud I think it came out of my mouth. I was lost, crazy, hurt, scared, in such disbelief.

I know I have a few supporters. I wanted my mom! My sister! One of my brothers. I don’t think they knew how, or maybe I didn’t let them. I just don’t know. I hate Measure 11!

Measure 11 in Oregon is one strike, you’re out. It gives the DA the power to say what sentence they want for each person.

In my daughter’s case since it was a high-profile case and the media took everything other people said, without actually having any proof, the DA didn’t even look at any evidence that could have helped her case. They from day one knew what they were going to do and used her as an example towards others. The judge has no say so when it comes to M11 (Measure 11)

At the time, if I didn’t know anything about Measure 11, how did/do they expect a youth to understand?

Well, it’s been just her and I in this long lonely battle. What I do know is that I’ll be there for her, and encourage her to be more than what people expect a child in the criminal justice system to be. … To keep learning, be positive, don’t feed into the drama of others, ‘cause that will just bring you down.

Since she’s been locked up she’s gotten her GED, graduated high school on time. She reads a lot and is a mentor to her peers.

Sometimes I hide the sadness from her (when we visit). I just want her to keep moving forward so she can come out and be a productive member of society. She’s such a loving, caring person. She has a huge heart. She just made a horrible mistake in trusting the wrong people.

It’s been five years and it’s the hardest thing I been through, for sure. No one tells the parents anything about the case. It’s hush hush. Don’t say anything to your mom! How could I help? Why didn’t anyone help me?

Today, I am learning how to live without her here and honestly, I’m not sure how. I just keep praying and trying to keep going. I finally got a job again. I’ve been at the job for 1½ years now. I didn’t want to be homeless, and I needed money to go see my daughter. It’s a struggle. I don’t really know how I do it. I guess if I keep trying to move forward, that my daughter will.

I know she is capable of going far in life, considering. She’s smart, beautiful and wants to learn. She wants to study political science. She is quite a unique little girl.

To the other parents I would say read my story. I have so much more to tell, but it’s hard. Keep your children out of this system, their friends will not be there for them. Trust me! The ones who will ALWAYS be there for you will always be your family. Guaranteed!

It’s not worth it! Nothing is! YOU WILL LOSE OUT ON SO VERY MUCH!

You will see their friends go on and grow, work, have kids … same for many of your family members. You will be stuck with the thought, I wonder how things would be if only … I COULD TURN BACK THE HANDS OF TIME!

My name is Anna. My daughter, Josefina, will be a resident in the Oregon Department of Corrections for a total of 15 years.

4 thoughts on “I Miss My Daughter”