Left to right: Ernest Gephardt, 10, of Atlanta; Tybre Faw, 10, of Johnson City, Tennessee; and Truman Gephardt, 12, of Atlanta display their signs at the march.

They came by the hundreds and thousands to Atlanta; Boston; Jacksonville, Florida; and New York: from babes in arms or strollers to seniors using canes or wheelchairs.

Photographers and videographers documented what happened as all these people gathered to demand gun control Saturday, galvanized by the shooting at Marjory Stoneman Douglas High School in Parkland, Florida that killed 17 and wounded 17 more. Marjory Stoneman Douglas High School student Trey Patton, 15 (right), and his sister Evelyn Patton, 11, of Parkland, Florida, marched in Atlanta. “I’m here to make sure no one else has to go through what I has to go through,” he said. Tens of thousands of people in Atlanta wait to step off in March for Our Lives. Democratic Rep. John Lewis of Georgia led the march, helping carry a March for Our Lives banner at the Atlanta rally. Somerville High School sophomore and student organizer Laura-Luiza Gouvea leads marchers at the March for Our Lives in Boston. The student-led March for Our Lives began at the Reggie Lewis Center in the city’s Roxbury neighborhood and ended at a massive rally downtown on the Boston Common. A young woman holds a sign at the March for Our Lives protest in Boston. Counter-protesters, supporters of the National Rifle Association and the Second Amendment, are escorted off the Common by Boston police. 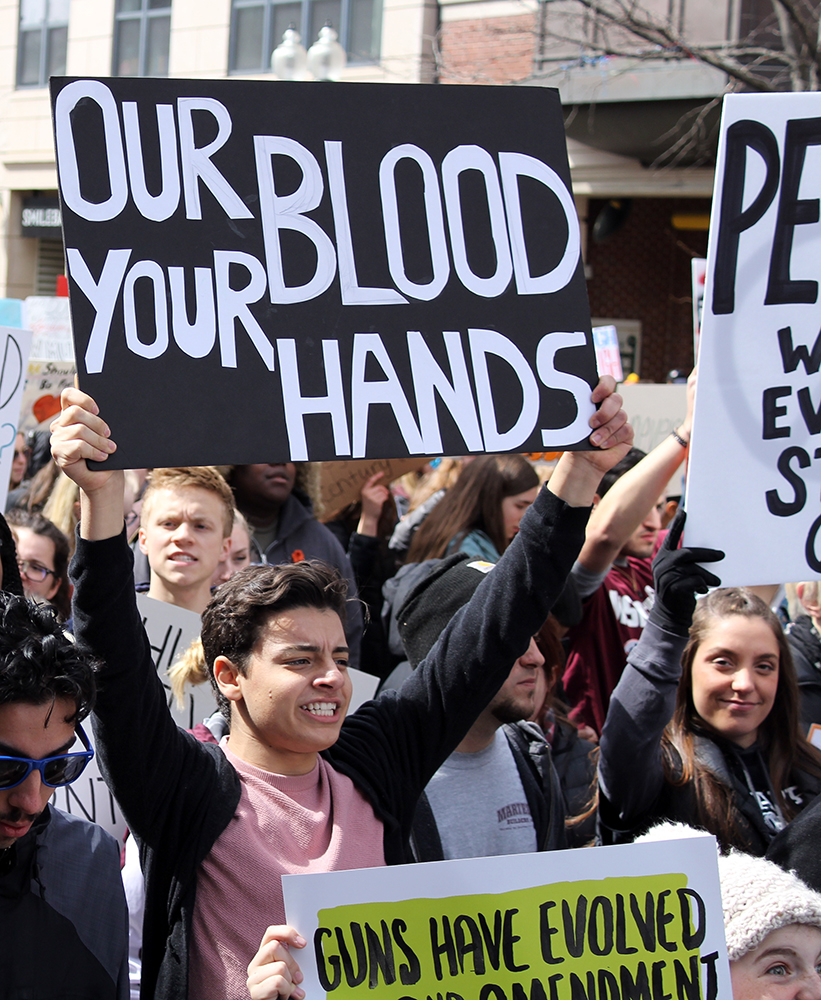 A young man holds a sign at the March for Our Lives in Boston. Organizers of the Jacksonville, Florida march stand in front of the city’s courthouse with some of the hundreds who gathered Saturday to protest against gun violence. Hannah Dungey, a senior at Creekside High School in Jacksonville, Florida, remembers the victims of the Pulse nightclub shooting with Dodie Clark’s “Sick of Losing Soulmates.” Monique Sampson, president of the University of North Florida’s Students for a Democratic Society, leads the crowd in chants. 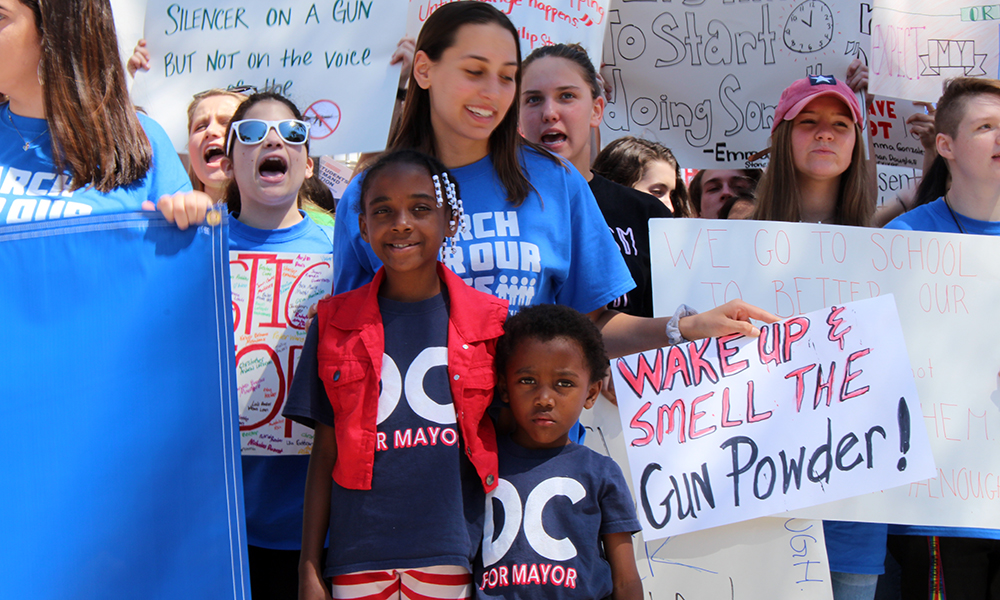 Student organizers stand with some of the youngest protestors. A Vietnam veteran marches for a safer school environment for his granddaughter. Many protestors who are still too young to vote attended the march and were passionate about making a difference for their futures. A group of Los Angeles youth leaders from YVote, a coalition of California organizations, carry a banner labelled “Youth of Color March for Our Lives.” Eliza Barr and Jane Krauss, both 14, traveled from Connecticut to participate in the March for Our Lives rally. Isabella Cory, 13, and Eliana Assouline-Sampson, 14, of Suffern Middle School in Suffern, New York, said they were told students would be penalized if they walked out of school on March 14. With their parents’ permission, they were the only two students at their school who did. They marched together at the March of Our Lives rally.

One thought on “Photos and Videos of March for Our Lives Around the U.S.”